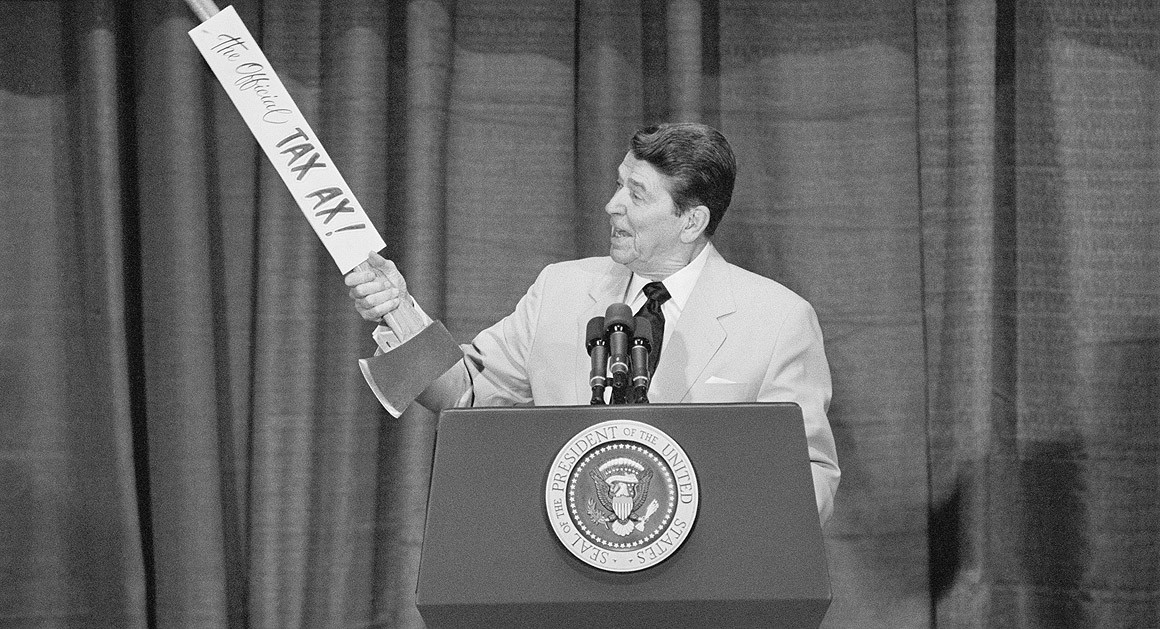 I have a picture in The Tax Museum (http://www.thetaxmuseum.org ) of Ronald Reagan holding an ax that is labeled the “Tax Ax”.  Indeed, at least since Reagan, cutting taxes has been in the blood of the Republican Party. One of the hallmark accomplishments of the Trump administration was the Tax Cuts and Jobs Act.  Recall that President Trump wanted to call the bill “Cut, Cut, Cut Act.” For the last year, however, the Trump Administration has been in the business of increasing taxes.  Lots of them.  Tens of billions of dollars of tax increases.  And, recently, President Trump has threatened more large tax increases.

Why don’t we hear more about these tax increases? Because we call them tariffs, instead of taxes. A tariff is a tax.  For the fraction of the population wanting to discredit these tariffs, it seems like they should stop calling them tariffs. They should call them taxes.

What we call taxes matters. I call the phenomena “optical taxation”, that by using a name for a tax, we can change the way people think about the tax. And, in a democracy, how people think about a tax matters.  The most successful case of this phenomena is the estate tax being rebranded as the “death tax.”  The “victory tax” (the income tax on Olympic athletes), the “too big to fail tax” (a tax placed on large banks), the “tampon tax” (sales tax on tampons), “Robin Hood tax” (tax on financial transactions, assumed to be borne by high wealth individuals), are all other examples.  For tariffs, one need not stretch the name to change the narrative–tariff detractors should just call them “taxes”, and make Ronald and his ax roll over in their grave.*

* Historically minded readers will recognize that Reagan did a fair amount of tax raising himself.