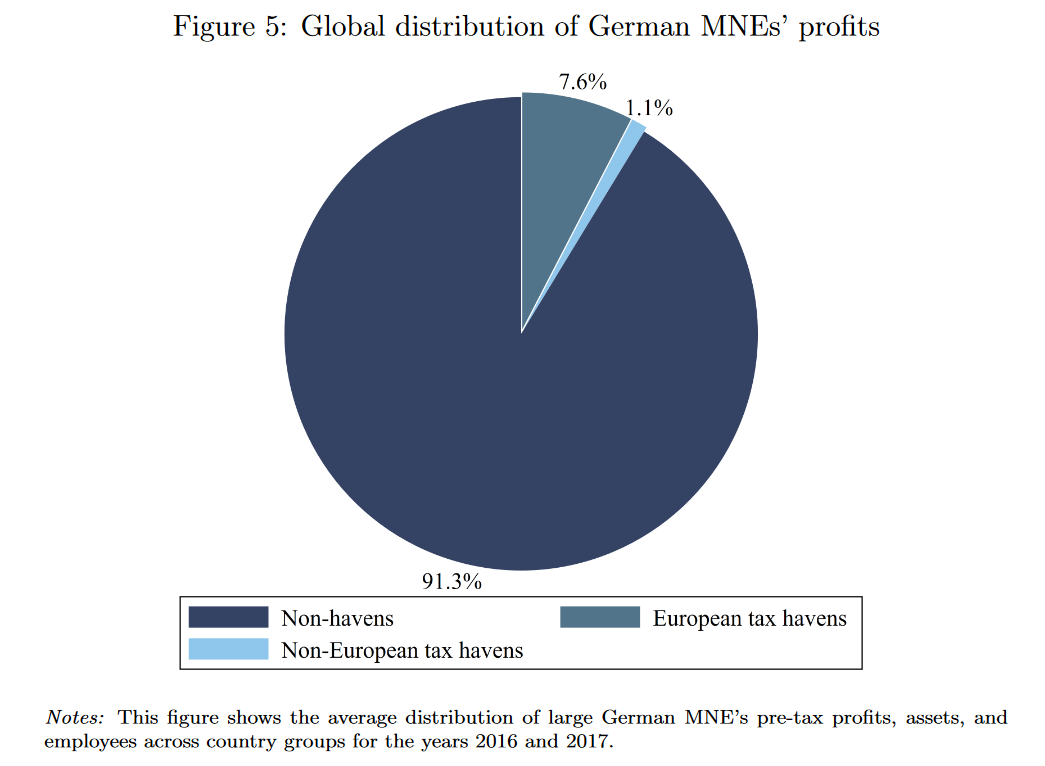 This paper is the first to use information from individual country-by-country (CbC) re-ports to assess the extent of profit shifting by multinational enterprises. Unlike other data often used to evaluate the extent of profit shifting and tax avoidance, CbC reports pro-vide a complete coverage of the global distribution of profits and indicators of economic activity for multinationals exceeding a certain revenue threshold. We show that 82% of the German multinationals subject to CbC reporting have tax haven subsidiaries and that these subsidiaries are notably more profitable than those in non-havens. However, only 9% of the global profits of German multinationals are reported in tax havens. Results from regression analysis suggest that approximately 40% of the profits reported in tax havens are a result of tax-induced profit shifting. The associated annual tax base loss for Germany amounts to EUR 5.4 billion. Adding estimates of profit shifting by multinationals not covered by the CbC data yields an overall estimate for profits shifted out of Germany to tax havens of EUR 19.1 billion per year, corresponding to 4.3% of the profits reported by these firms in Germany. This implies a tax revenue loss due to corporate profit shifting to tax havens of EUR 5.7 billion per year.